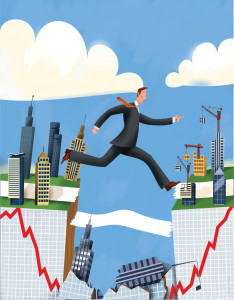 In basic terms, bankruptcy tourism is the phrase now being used to describe the situation where a person moves from a European Country, to England or Wales to file for bankruptcy.

Your second question may be; “why a person would do this?” The answer to this question is that due to the more “relaxed” bankruptcy laws that apply to England and Wales, it may be much easier and preferable for the person to deal with being declared bankrupt here, rather than the Country that their debts were originally created in.

The main reason that bankruptcy tourism is becoming an issue for the Courts and Insolvency Service is that many people feel that the bankruptcy system is being abused in this Country however; this is a matter that could be debated in many ways.

If we look at the way bankruptcy is dealt with in many other European States, we can immediately see why filing for bankruptcy in England or Wales may be preferable when compared with other Countries, and why England and Wales is now seeing an influx of European debtors or “Bankruptcy Tourists” as they are becoming known as.

Bankruptcy in Ireland and Germany

If you live in the Republic of Ireland you can file for bankruptcy in a similar manner to filing for bankruptcy in England and Wales. You will have to complete forms, deal with the Courts and Insolvency Service, and your assets and income will come under scrutiny. The main (huge) difference is that Bankruptcy in the Republic of Ireland will last for twelve years compared to one year in England or Wales. In fact, in many cases that we deal with, people may be subject to an “early discharge” from bankruptcy, meaning that the actual period of bankruptcy in their particular case may be only seven or eight months and at this point the bankruptcy ends.

When you consider that a person from Ireland can choose to be in bankruptcy for twelve years or maybe less than one year which option would most people choose?

If we look at the situation in Germany, it is very similar. If you have debts in Germany you are able to file for bankruptcy and again you will enter into a situation where you complete forms, go to Court and your assets and income are detailed within your bankruptcy.

The main difference is yet again the length of the bankruptcy. In Germany you will be bankrupt for seven years, but by moving to England or Wales a person will be subject to the standard twelve months or less.

If you consider these basic facts, it can be understood why many people are moving to England or Wales to file for bankruptcy.

It has recently been highlighted that many Irish residents are looking to move to England to file for bankruptcy. A recent article highlighted the plight of many people in Ireland that brought into the property boom, only to gradually watch their investments reduce in value to the point that the property or properties were all in negative equity.

This is a situation that we see in many cases. Not only with Irish residents but many of our clients living overseas outside of Europe have this same situation with property in England and Wales. The loss of equity means that in many cases people have no option but to hand the property back to the lender, who will eventually dispose of the property-in many cases through auction. This leaves a considerable shortfall which the mortgage holder is liable to pay. If a person has many properties the shortfall is multiplied and can result in such a large debt that bankruptcy may be the only option left.

In fact, it is safe to say that the property market has had a massive impact on people having to file for bankruptcy. Many cases that we have handled have the same comment being made by the individual; “if my property had retained its value I would have been able to pay off my unsecured debts-now my property is in negative equity and I have unsecured debts that I have no hope of paying”.

Personal bankruptcy in Ireland has historically been a very low volume affair. When looking at bankruptcy figures in Ireland you are talking less than fifty cases per year. Compare this to around eighty thousand a year in Britain and you can see the massive difference when comparing the two Countries.

Due to the twelve year period of bankruptcy in Ireland most individuals have opted for other solutions due to the impact a bankruptcy will have on them. Apart from the impact upon their credit and day to day life, bankruptcy still has a certain stigma associated with it, and for these reasons filing for bankruptcy “across the water” in an area far away from a person’s home town may be easier to deal with when considering the anonymity that this provides.

As a company we would predict that due to the economic climate in Ireland the Courts will see a sharp rise in people relocating from Ireland to England or Wales to file their personal bankruptcy.

In recent years there has also been an influx of German residents relocating to England to file for bankruptcy. In a similar situation to Ireland, Germany has a seven year bankruptcy duration which can be shortened to one year by moving to England or Wales.

For these reasons it is appealing to a German resident to move to England to file for bankruptcy. Debts within the European Union can be dealt with by an English bankruptcy and the whole process is considerably shorter.

Due to this new system of “bankruptcy tourism” the Courts have become very strict when dealing with these types of insolvencies. In many cases the bankruptcy may not be approved on the particular day that the person attends Court-we are aware that many of these types of cases are actually referred to a later date to be studied in greater detail before approving or rejecting the bankruptcy.

The system itself has led to many cases where the debtor claims to have lived in the UK for the required period of time only for the Court to find out that this is in fact incorrect. Many cases have been rejected or revoked by the Courts if this is found to be the situation-a clear abuse of the system.

In general there are two clear and conflicting arguments in relation to bankruptcy tourism.

The first is that this is an abuse of the system used within England and Wales by people moving from a European Country. The second is that this situation has been caused by the introduction of European laws, which people are just using to their best advantage.

In many cases we hear of important figures within our own Country that will move their centre of main interests for their own benefit. From high ranking business individuals to formula one racing drivers we hear of many individuals that are registered as living overseas in Countries such as Monaco for taxation purposes. By moving and locating themselves in a different part of the World they benefit by avoiding standard UK taxes which the majority of us pay as a normal part of day to day life.

If we look at this situation is it not very similar to “Bankruptcy Tourism”? Is it, in effect, not a type of “Tax Avoidance Tourism”? In these cases many people may sit back and think of how clever these individuals are in using the system for their own benefit.

If we look at Bankruptcy Tourism is it a loophole or a natural way to recover from a bad situation in the fastest time possible? There is nothing illegal in moving to another Country and at a certain point filing for personal bankruptcy. In fact, the overall purpose of bankruptcy is to give an individual another chance to get back on their feet and start again-is there a benefit in delaying or extending this process?

As a company we are always interested to hear of people’s personal experiences and also their thoughts and comments on this topic.

Feel free to contact our company if you have comments on this subject, or indeed if you need advice or clarification on bankruptcy from abroad or within the UK. Due to the split between member states and non member states of Europe, depending on where you live or have lived dictates how bankruptcy would or could work for you.

If you are in a confusing or complex situation don’t hesitate to contact us by email or by using our short enquiry form. An experienced advisor will arrange to contact you to see if we can provide any advice or assistance in your particular case.

For general questions or enquiries, please feel free to contact us on our main email address of enquiries@bankruptcyfromabroad.co.uk

Our normal opening hours are 9 am to 5 pm, Monday to Friday.

However, due to global time differences you may find us in our offices outside of these times.

If nobody is available please leave us a message and we promise to call you back as soon as possible.