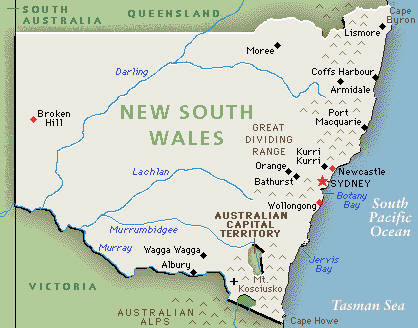 Many expats from the UK have moved to New South Wales in Australia to start a new life abroad but this life can be difficult if you still have liabilities and debts back in England. With an exchange rate that varies from $1.5 to $2 Dollars to an English Pound, debt repayments can suddenly become very expensive to make, especially when you add the bank transfer charges. Many people find themselves sending hundreds of pounds back to England to pay their minimum charges or payments without making any headway into the overall amount of debt they have.

Areas such as Sydney can offer highly paid jobs and when moving from England many people will still have the intention of honouring their debts back in the UK. The problems occur when the higher cost of living becomes apparent and the new start in Australia can become burdened by sending continuous payments back to creditors in England.

So what options does a person have?

This can depend on the level of debt and also the amount of disposable income that is available on a monthly basis. If the amount of debt is very high and impossible to pay off in a reasonable period of time then declaring bankruptcy in England may be the best option. The UK bankruptcy will last for 12 months before you are automatically discharged and if handled correctly it will not have much of an impact in Australia. In a general situation Australian employers are not contacted and your Australian Credit Record will not be affected by debts back in the UK.

As an established Company we have handled many cases in Australia and we find that each person’s situation is individual and should be treated as such. We offer free advice and can explain the options that you have to handle your debts. We don’t pressurise people to do anything and will call you at a convenient time to chat through things in an informal but professional manner.

For further advice contact our company using our short enquiry form and we will call you to discuss your best options.

Our client contacted us in 2012 looking for some general advice in relation to her situation. She had moved from London to Sydney and worked in the recruitment industry earning a good income when compared to a similar job in the UK.

On this basis she thought she could maintain her credit card repayments and still live a good lifestyle in Sydney but after having some health problems her debts increased and she could no longer find the disposable income to send back to England.

In addition she owned a property in England that had been rented out to problem tenants and after non payment of rent and an eviction the house had been damaged with estimated costs in the thousands to bring the house back to rentable condition. With the mortgage in arrears and unable to rent the property it was repossessed and sold with a large shortfall owing to the mortgage company.

In view of the situation the client declared bankruptcy in England from Australia, and her debts and the mortgage shortfall were cleared. The Official Receiver decided that she did not have any spare income to pay back to her creditors in the UK and as she had no assets the case was dealt with and then closed by the examiner. After 12 months she was discharged without any damage to her credit or career in Australia and she now lives in Australia free of any UK debt or liability.

If you are in a similar situation contact us for further advice.